Maximilian Schell or "Captain Stransky" from "Cross of Iron" passes away 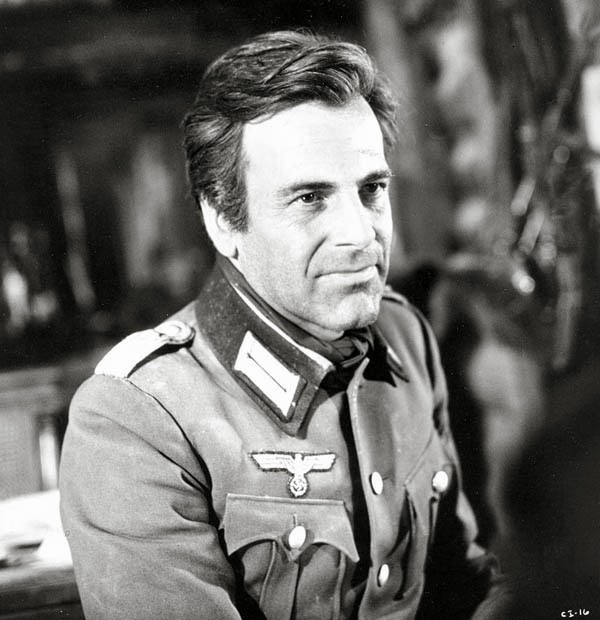 I've always liked "Cross of Iron" for it's brutal portrayal of life on the Eastern Front during World War Two, and think it was one of Sam Peckinpah's best films. It's quite a bloody affair of a film, though that's par for the course with most of Peckinpah's films. I always though the character that really stood out in the film was that of Captain Stransky, a hammed up stereotypical take on the Prussian elite officer class in the Wehrmacht. In this role though, the Academy award winning actor Maximilian Schell shone brilliantly opposite (a fairly wooden) James Coburn, and in my mind made the film. So it was sad news today to hear that he had died.

The passing of this great actor will probably resonate with all the participants of the current Analogue Hobbies challenge (with its Peckinpah theme). As a young child of political refugees from Hitler's annexation of Austria, I believe he took particular pleasure in depicting fanatical Nazis in all their evil banality (excuse me if I borrow a few terms from Hannah Arendt), and indeed it was his portrayal of the defence lawyer for the Nazi war criminals in "Judgement at Nuremberg" that won him the Oscar. I will finish with a clip of his award winning performance: