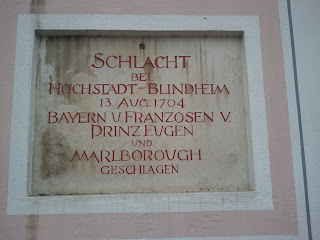 The advantage of Prague as a city of residence is the easy reach of many famous battlefields, and equally fine military museums both in Bohemia, and neighbouring lands. Thus on a recent trip with a good friend from Cork, I managed to get to the Blenheim battlefield. Now admittedly  this is not exactly a quick drive from Prague (it took 4 hours)), and it was taken in during a short tour around Bavaria.

Below is the original Blindheim church where the French right wing under  Clérambault were surrounded and eventually surrendered. The Danube river originally flowed quite near to the village, initially providing the French with a natural flank, against which they were eventually trapped. The course of the river has since moved considerably to the South-east 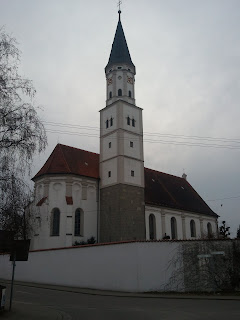 Apart from a slight sprawl from the village of Blindheim, the battlefield is largely intact. Stretching four odd miles or so from the hills of the Swabisch Jura to the Danube, the topography is fairly flat. The picture below is by the Nebel, looking North-east towards the British centre (and in the distance the village of Wolperstten 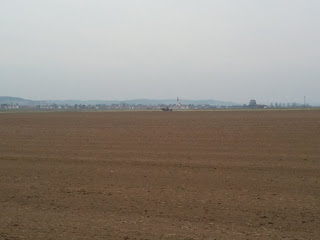 Running through the middle of the battlefield, is the Nebel, which is now nothing more than a small stream and ditch, though which at the time of the battle was a wider, and much marshier large stream. 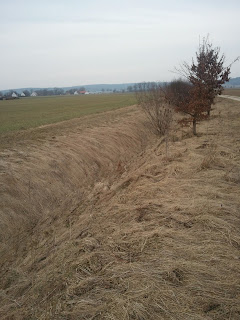 The pictures were taken from Marlborough's centre, where he launched his main attack against the weak dividing point between the French and Bavarian wings of the Franco-Bavarian Army. Below is the view from the British centre towards the French left wing. The village of Blindheim has grown a fair bit to the north since the days of the battle, and where the houses are now would have been open fields. The original Blindheim church (which is pictured above), can be seen in the distance on the left of the photograph. 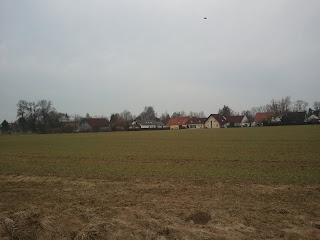 Unfortunately we didn't have time to visit the museum in Hochstadt, where there is an excellent diorama of the battle. You can see it here:

http://en.wikipedia.org/wiki/Image:Battle_of_Blenheim_Diorama.jpg
Posted by The Wilde Goose at 11:29 PM 2 comments:

Email ThisBlogThis!Share to TwitterShare to FacebookShare to Pinterest
Labels: Battle of Blenheim 1704, Blindheim, Duke of Marlborough

Well, the last month has been been quite hectic, what with a new job, travel and many other drastic changes to my routine. Anyway, luckily I managed to get myself over to London for the annual Salute show. Now allot has already been written and photos published on other sites and blogs, so I will not try to replicate anything here other than some personal highlights and the odd picture from some games which I found inspiring.

So, it was my first visit to this show, and the first visit to a large wargames show for a few years since I made it up to Crisis in Antwerp with the rest of the Prague Wargames Club to put on an exhibition game (it was a modest Great Northern War presentation in 10mm). Needless to say the place was packed to the gills. I'd got an advance ticket which seemed to get me in a bit ahead of the other crowds.

The quality of games encountered was very high indeed.  For terrain and overall effect the favourite had to be the huge diorama/game/presentation of the Battle of Gallipoli by Battlefront. Hats of to the gentlemen who designed it. 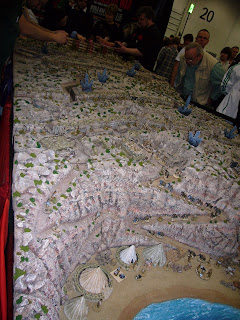 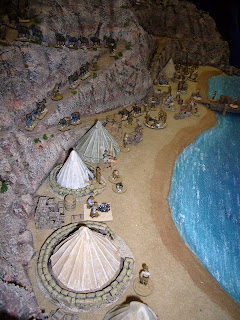 A close second had to be the large alternative English Civil War Siege of Worcester by a Club from Crewe and Nantwich. A couple of ghoulish public execution vignettes set the scene for the period. 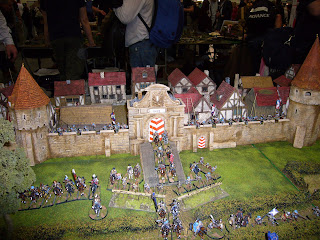 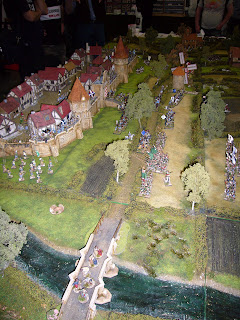 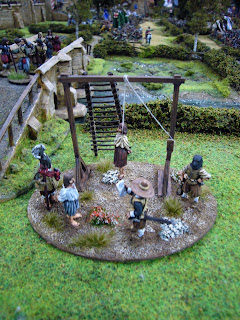 My third favourite had to be the Lance and Longbow Society's presentation game of Verneuil 1424. I found the modelling on the buildings and fortifications to be first rate. 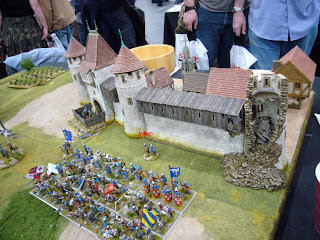 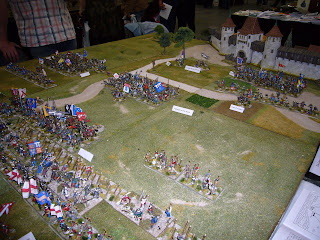 As usual, I left the show weighed down by a tonne of AWI lead from the Perry brothers stand (very nice people I have to say; friendly and extremely helpful).

I also managed to swing by the Pike and Shot Society's stand, and spent a good hour talking to Neil Ronnaldson, and drooled over all those splendid books by Robert Hall et al. Oh, and much fun was had at the Too Fat Lardies table (I highly recommend their Sharpe Practice rules).


Posted by The Wilde Goose at 9:39 PM No comments: