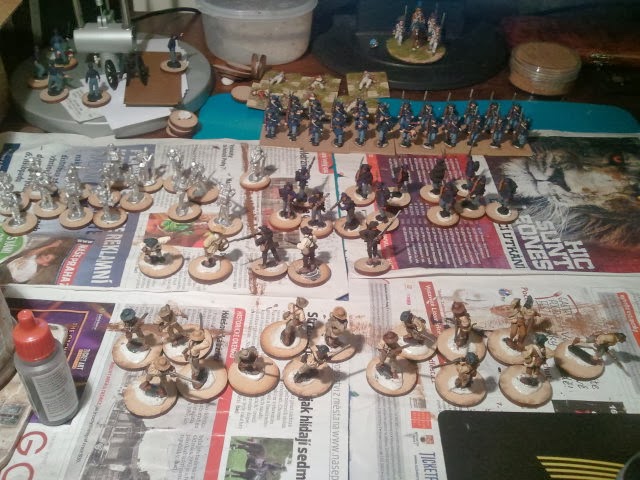 So now we nearly are down to the last week of the Painting Challenge, and the final push to get myself over the 1000 Points mark. Arrayed on the table are enough in-progress figures to get me over the finish line. I won't say more about them until the photos are submitted to Curt. 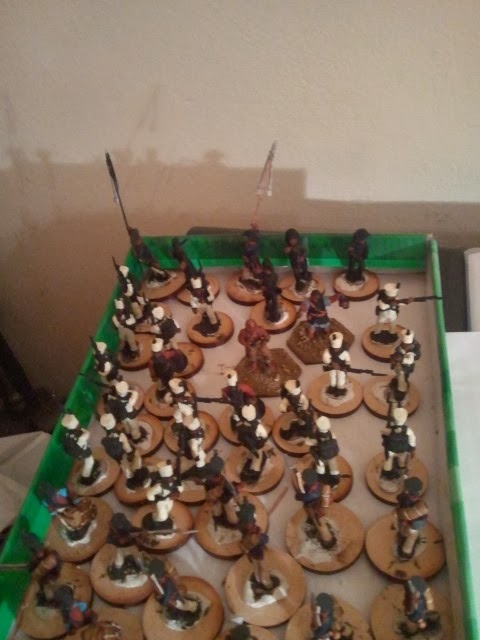 I also have a tray of half-finished figures from my Orinoco range, though I doubt they will be done in time. I'll take more time with them for a photo shoot later in the month. Wish me luck.
Posted by The Wilde Goose at 11:31 PM No comments: 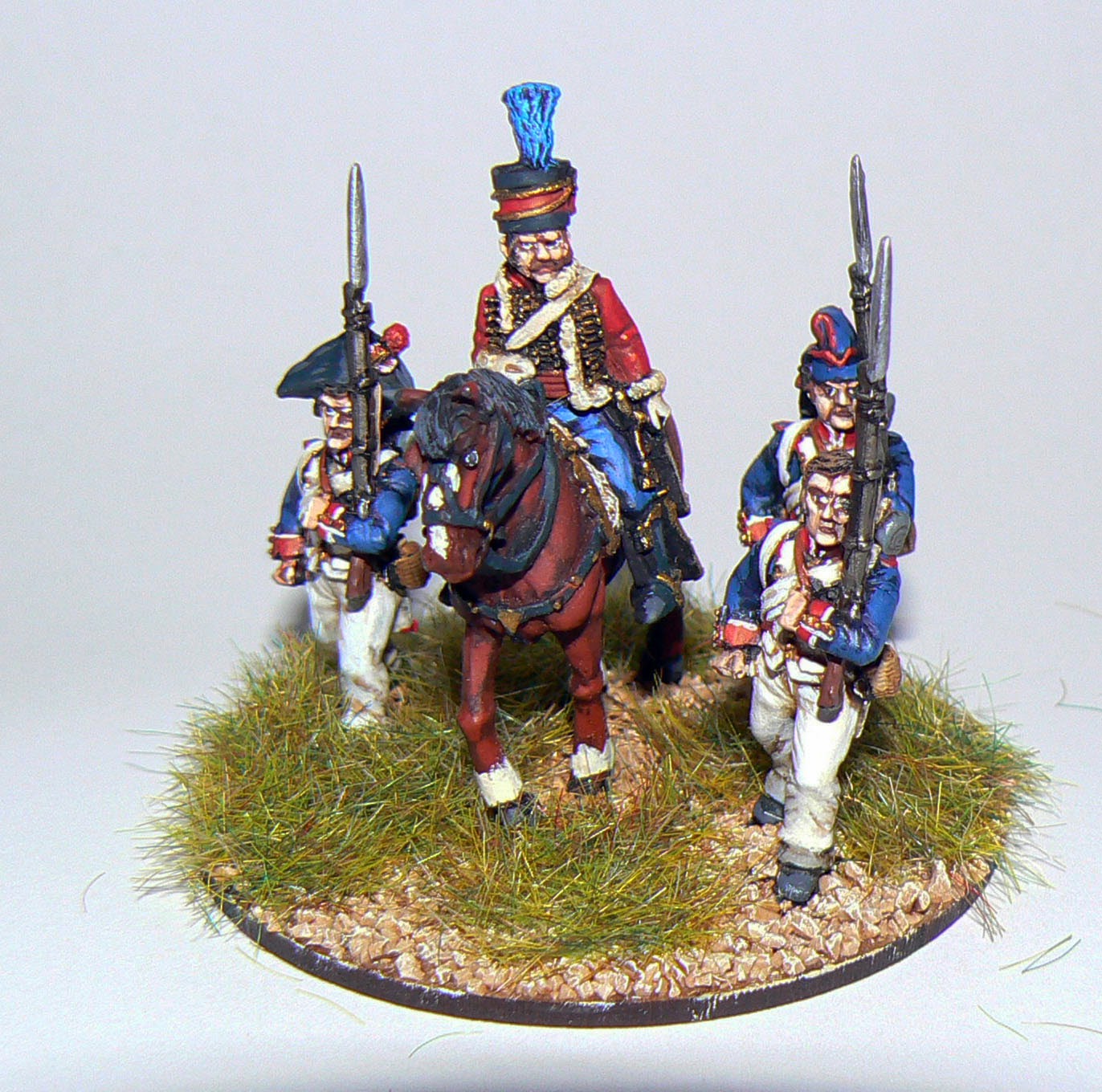 I thought I would post up my next entry for the "Favourite Character" bonus in the Analogue Hobbies Painting Challenge, as Curt already has the images up on his blog. The Challenge is now entering the final leg, as entrants furiously try to reach their targets before 20th March Deadline. 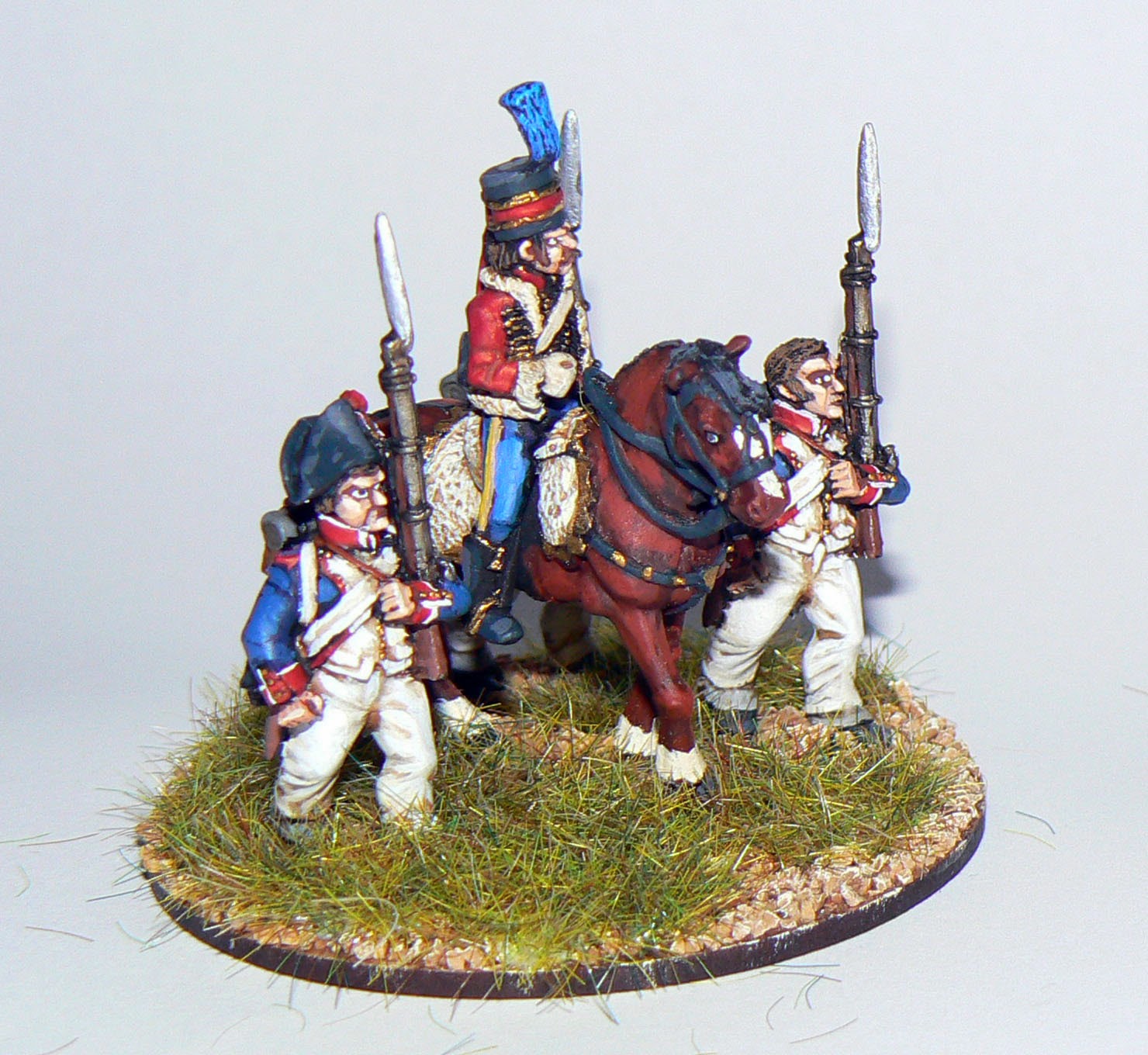 The small vignette I put together represents  General Humbert during his expedition to Ireland in 1798, surrounded by his "Grognards" on the way to the "Races of Castlebar" (so-called due to the very fast retreat of the local British Garrison). He landed in County Mayo with about 1500 men, including many Irish troops and officers serving in the French Army, and then proceeded to tie down almost the whole British garrison in Ireland for 17 days, as he outmanoeuvred and out fought superior local militias and fencibles with a small group of hardened veterans from the Army of Italy. 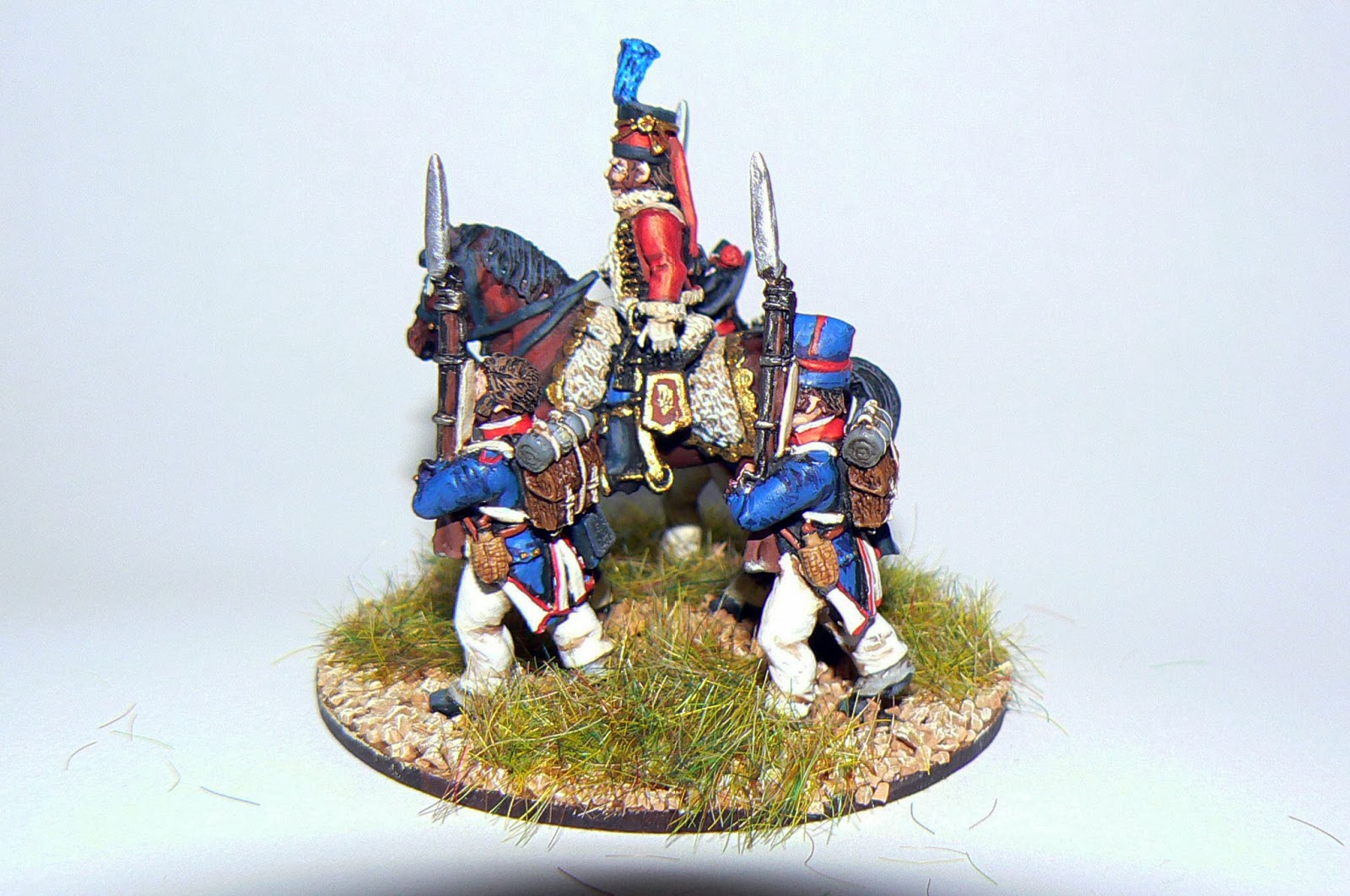 After several engagements he was eventually intercepted by Cornwallis (of Yorktown fame) and his army of 15,000 infantry. This developed into the Battle of Ballinamuck, where Humbert's force was defeated, and his force surrendered. Many of the French prisoners were paroled back to France, while Humbert was held prisoner for several years before being sent back to France during a prisoner exchange. The fate of the Irish emigre troops who were captured was far grimmer, with most being hanged out of hand. 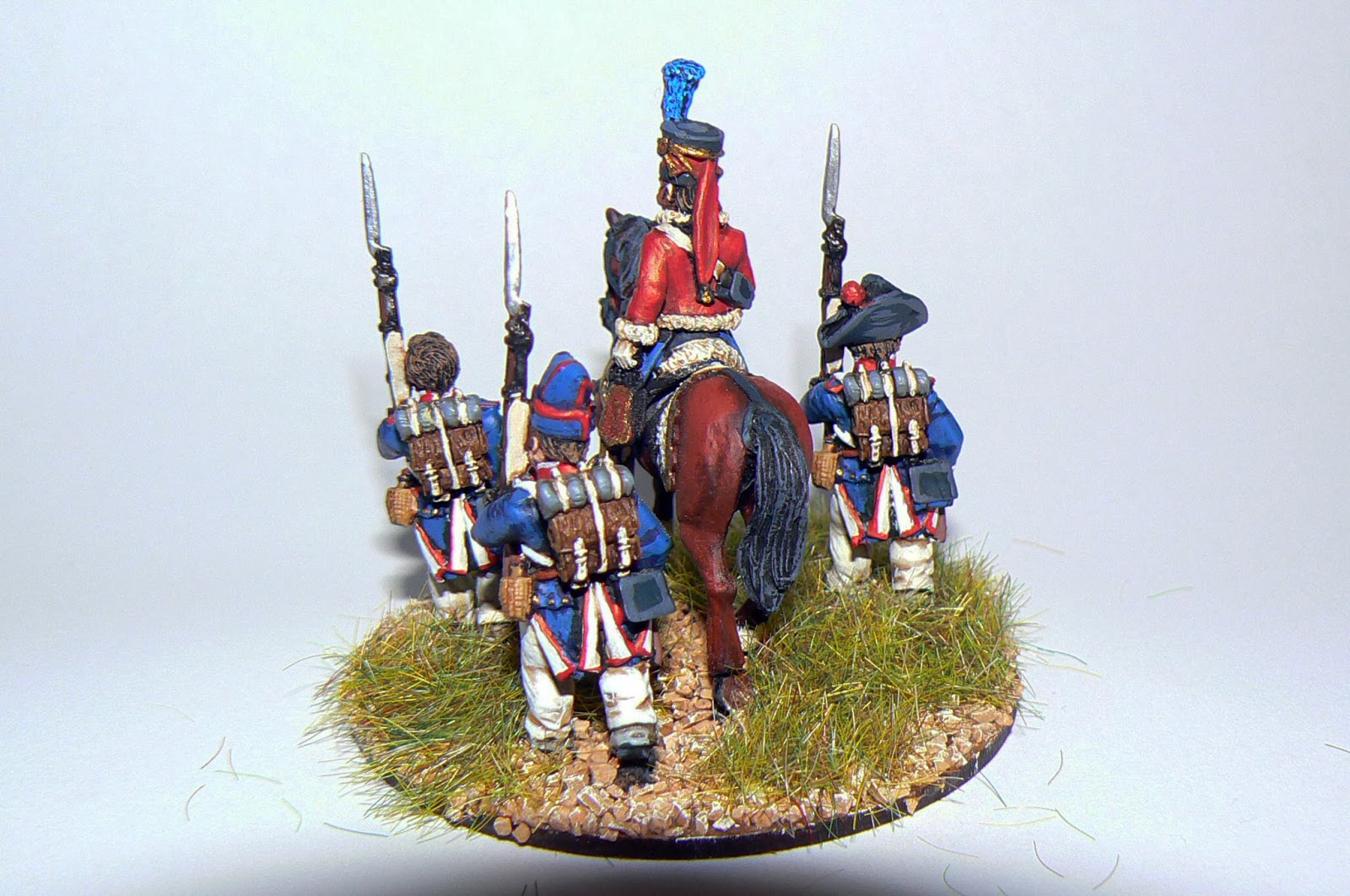 Later in life, after emigrating to America, Humbert fought again in the Battle of New Orleans in 1812 against the British. He ended his days as a school teacher in America. Anyway, an excellent character who fought a hard campaign against overwhelming odds.
The General Humbert figure is from Trent Miniatures, the marching infantry are from Front Rank. I hope you like them.
Posted by The Wilde Goose at 11:59 PM 2 comments: