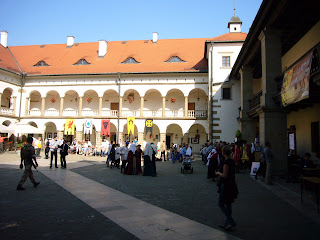 A few weeks ago the club (Prague Historical Wargames Club) made it’s annual trip up to Krakow (well Niepolomice actually, which is about 10km further down the Vistula). We usually stage a large Napoleonic refight in 15mm. this year the Battle of Albuera was the scene. This one is a natural favourite in Poland, given the key role of the Vistula lancers in nearly destroying the British line. 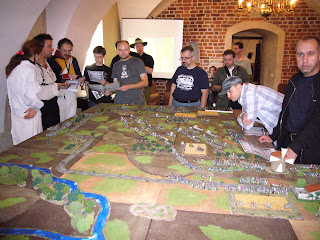 We followed the original tactical dispositions, though this time the French succeeded in turning the British flank, breaking the two Spanish brigades which fell back in confusion, preventing the British from re-forming line in time before being hit first by the French cavalry, and then the massed French columns of attack. 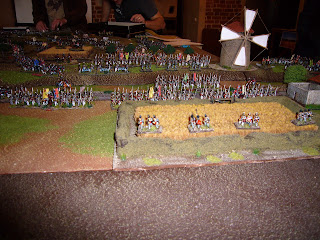 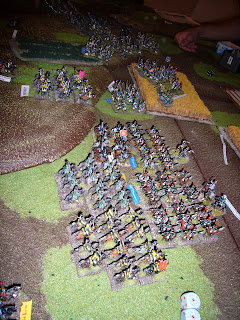 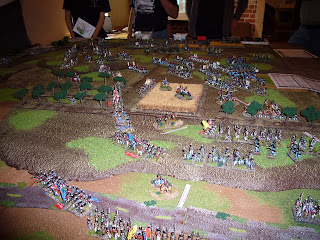 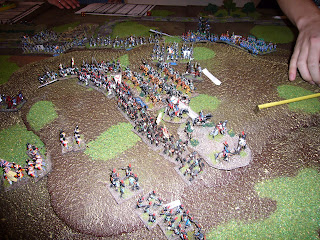 By 5pm the British had conceded defeat. I estimate that we have about 2,500 figures on the table, and probably covered about 60% of the original OOB (we excluded the majority of the Portuguese brigades, which historically had almost no participation in the battle being stationed away on the Allied left flank). We used the Deluxe Edition of General de Brigade rules, which actually worked very smoothly considering the size of the battle. 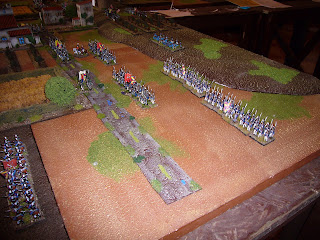 All the terrain was made by the club in Prague, and to my mind, surprisingly accurate compared to what I saw when I visited Albuera in August (see my earlier Albuera post for pictures of the terrain). 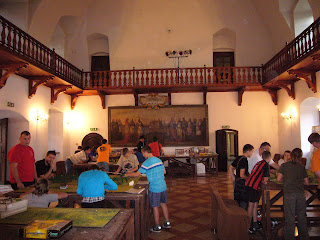 The rest of the show was excellent, and is becoming probably the biggest wargaming and historical re-enactment event in Poland. I didn't manage to get any pictures of the re-enactments in the castle grounds, but if you follow this link you will get an idea about the size of the event, cavalry, tanks and armoured cars and all: http://community.webshots.com/user/xnifar/tags/niepolomice/photos?start=28


The list of traders is growing as well. To top it all, the event is held in a beautiful Renaissance castle (the original royal hunting castle of the Polish kings), which also contains and excellent hotel. The town is easily reached from Krakow, being about a 15 minute drive. A taxi from the airport to the event would take you about 30 minutes. The next show will be held in mid-September 2012.
Posted by The Wilde Goose at 9:57 PM No comments: