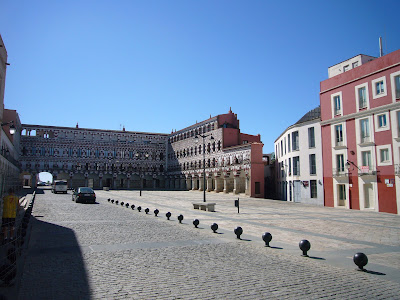 A continuation of my battlefield travels in Spain over the last year, I next visited the fortified frontier town of Badajoz while en-route to Ciudad Rodrigo. To a large extent the walls and fortress are intact on the East and south side of the town, where the main attacks took place, though in parts the tops of the battlements are a bit run down, and this part of town inside the walls is deserted and a bit derelict. 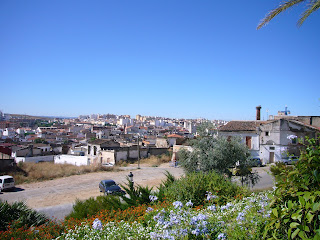 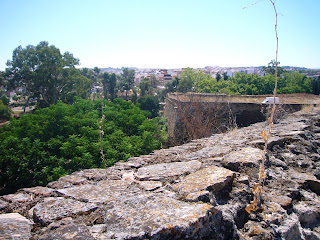 Above you can see how the area looks today, below a period map of the attack. 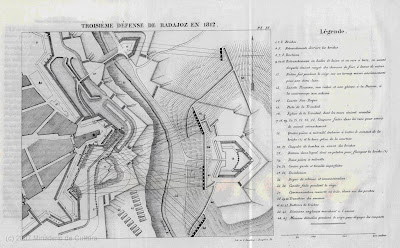 At the point of the main attack between the Trinidad and Santa Maria Bastions and the site of the main breach in the Trinidad Bastion, there is a park which runs from here right around to the river, giving access to the full length of the walls. 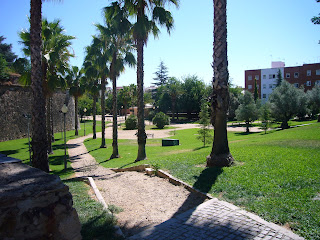 Above you can see the ground across which the British attacked, and failed to take the main breach. Even today it is largely open ground. 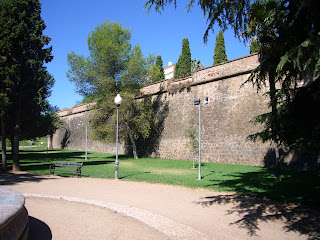 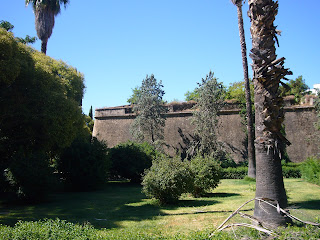 Above the Trinidad Bastion today, the site of the main assault.

Even today, the height of the walls is quite impressive (even though the ditches in front of them have long been filled-in). At the point of the main breach there is inlaid the date 1812 high up on the walls. The outer defences and isolated ravelins have been built over, though there was a collection of aerial photographs in the town museum from the 1940’s which showed them almost in their original state. 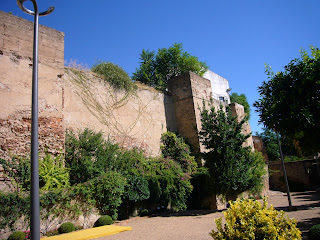 This was probably one of the bloodiest storming of a city in the entire Peninsular War. Though ultimately successful due to Picton’s troops scaling the walls to the Citadel (pictured above) almost unopposed, the main attack of the Light Division was repulsed by the French with huge loss of life (about 5000 dead and missing in one night on the British side alone). 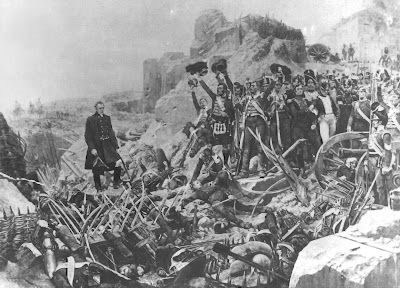 Legend has it that this is one of the few times that Wellington was moved to tears on seeing the human wreckage at the site of the main breach the morning after the attack.
The sacking and killings in the town afterwards by the enraged and soon drunk troops of Wellington’s army are well known.

As a footnote to the bloody history of the town, a second massacre took place after the fall of Badajoz in 1936 to General Franco’s insurgents, when Lieutenant Colonel Juan Yagüe and a Mixture of Spanish Foreign Legion and Moroccan troops took the city by storm. 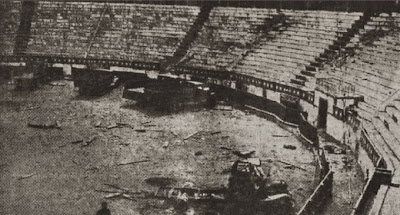 All prisoners, many town officials, and other selected civilians suspected of supporting the Republic (that is the lawful government of the time) were herded into the main Bull ring and the next day mass executions began. Estimates of those killed in the “Massacre of Badajoz” number between 1000 and 4000, though it is hard to verify as many of the bodies were later burned. This was part of Franco’s “White terror,” which remains such a contentious issue in Spain even today.
Posted by The Wilde Goose at 11:40 PM No comments:

So, my apologies to anyone who started following this blog during the last year. The perfect storm of a new born daughter (Sophia) at the start of February, and a new project at work has meant many sleepless nights and that my blogging has come to a standstill. Time pressure has eased off a bit now so, I will resume my posts and make up for lost time with a back log of battle sites I visited in the last year, an update of this year’s wargame show near Krakow in Poland, as well as updated venue and other information about the Prague Wargames Club. 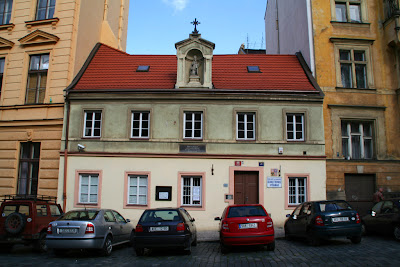 Here you can see a picture of our newly refurbished club in the Vysehrad district of Prague, under the walls of the old fortress (Address: Dum Deti a Mladeze, Vratislavova 15, Prague 2). The club meets the 2nd and 4th Sunday of every month between 14.00 and 18.00. All of course are welcome.

More posts to follow soon.
Posted by The Wilde Goose at 10:10 PM No comments: