Seringapatam (or Srisangapatna as it is now called), was the setting for the final phase of the Fourth Anglo-Mysore war in 1799. Of note is the fact that a younger Arthur Wellesley, the fourth son of an old  Anglo-Irish Family, commanded the rear of the assault on the fortress and later (allegedly) identified the body of the fallen Tipu Sultan (the "Tiger of Mysore"), the ruler of Mysore. 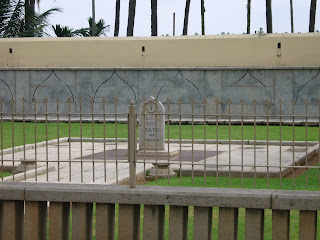 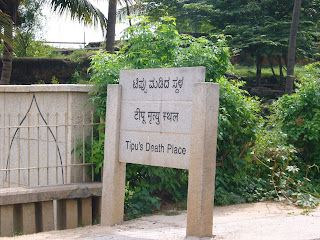 Now work had taken me to India, and I seized the opportunity during a free weekend to drive over from Bangalore to see the old royal city of Mysore. Along the way my driver decided to show me an ancient temple in the midst of an old ruined fortress. It was only when we got to the memorial to Tipu Sultan did I realize we were at the site of the Battle of Seringapatam. 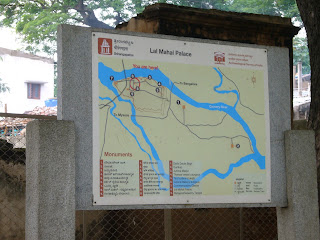 Now the temple itself (Ranganathaswamy Temple) is spectacular, and in good condition considering it's over 1000 years old (I believe it was built in the 9th Century). My driver Shiva was a fairly devout Hindu, so we went in and while he prayed I managed to take a few shots of the beautiful carved figures. 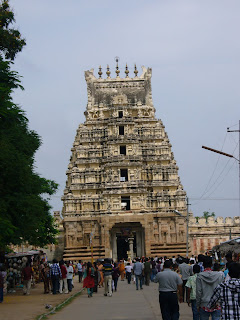 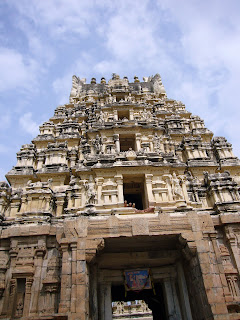 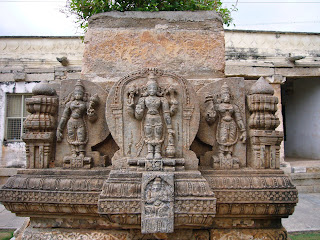 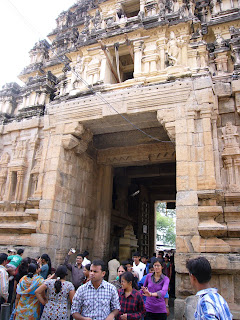 The fortress though is largely a ruin, with only some of the original walls remaining. The pictures below show where the main body of British troops under Major General David Baird stormed the walls after a breach had been opened up by a battery of artillery placed to the south. The ditch and glacis beyond the walls are impressive, and give an indication of the difficulties faced by the assaulting British columns.

Apart from the ancient temple and the fortress ruins, there are the remains of the porticos of a few original buildings from the period as well as the Mosque of Tipu Sultan, who was an Islamic ruler in an Hindu land. The area of the battle itself is undeveloped, and apart from the walls which are mostly in ruin, the battlefield seems to be largely as it was in 1799. 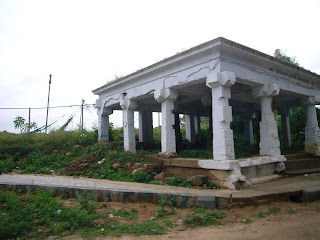 Posted by The Wilde Goose at 6:30 PM No comments: