And the band played "Waltzing Matilda"... 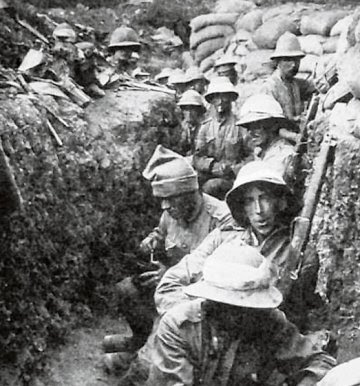 A short post as way of remembrance on ANZAC Day for all the Aussies and Kiwis who fought and survived, or died in many wars. It is the memory of the Gallipoli campaign which automatically springs to mind, where the ANZACs pitted themselves against "Johnny Turk" in a misjudged campaign as bloody and pointless as it was iconic.

It also has some resonance in Ireland, as along with the ANZACs fought the 10th (Irish) Division), including two battalions of the Royal Munster Fusilier's (mostly from my home town of Cork), and also included regiments from Ulster, Leinster and Connacht. They landed and fought at Suvla Bay, and the disarmingly named "Chocolate Hill".

The Munster Fusiliers received almost 70% casualties on 25th April 1915, as they were landed on Cape Helles under a hail of Turkish machine gun fire. Those that survived, or landed later, shared the Anzac's privations, clinging to the rocks at the end of the Dardenelles, and as an old Irish song (The Foggy Dew) laments "and their lonely graves are by Suvla's waves or the fringe of the great North Sea"

My family have a closer connection to the ANZACs as well, my Grandmother's cousin (so I suppose my cousin too), was the middle-aged parish priest of Osborne Park, Perth in 1941 when war with Japan started. 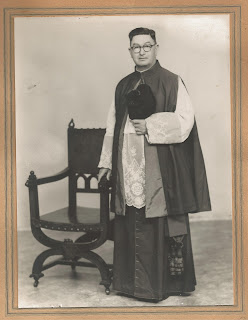 As most of the lads in his parish joined up, he thought he should go with his flock, so enlisted as well at the tender age of 46 as an Army Chaplain. He was first generation Irish born in Hobart, his father having served in the Australian artillery in WW1 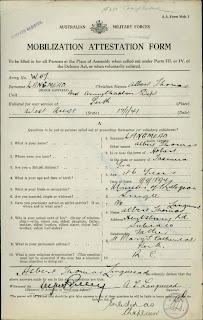 Typical of the cliche about the crazy Irish combat chaplains, he survived the war, though I am sure many of his flock did not. One story about him recounted that the closest he got to his maker during the campaign was when he was running up some hill in Papua New Guinea, a nervous recruit behind him slipped and fell and his gun went off, the bullet grazing the top of his ear. It might even be true. Anyway, this fine chap, at the grand age of 67 jumped on a boat in Australia in 1961, and sailed for 6 weeks all the way to Cork just to marry my young parents, which gives a bit of light after all the loss of war.

Given the day I think it fitting to end with Ataturk's compassionate memorial quote for the war dead at Gallipoli:

"Those heroes that shed their blood
And lost their lives.
You are now lying in the soil of a friendly country.
Therefore rest in peace.
There is no difference between the Johnnies
And the Mehmets to us where they lie side by side
Here in this country of ours.
You, the mothers,
Who sent their sons from far away countries
Wipe away your tears,
Your sons are now lying in our bosom
And are in peace
After having lost their lives on this land they have
Become our sons as well."
Posted by The Wilde Goose at 10:48 PM