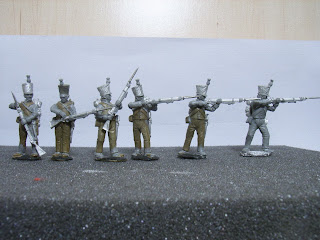 If anyone is interested, over on my Orinoco Miniatures blog you can find details of new 28mm Spanish figures which will be released tomorrow. I hope you like them. There will also follow news of another exiting range next week. 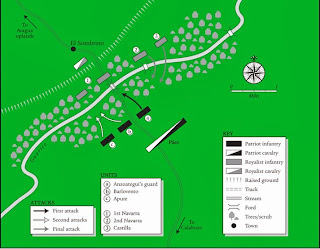 Also on the blog I have started the first of what will be several wargames scenarios for the South American Wars of Independence. These are primarily for use with the General de Brigade rules, but are easily adaptable for any other early 19th century/Napolenic rulesets, as the tactics and formations used were all Napoleonic, and many of the veterans in both armies had fought in the Napoleonic wars a few years before. The first is for the Battle of Sombrero (1818) between Simon Bolivar's Patriots and the Spanish Royalist Army. The next scenario should follow in a week and will be the battle of Vargas swamp (1819), part of Bolivar's campaign in New Granada (present day Colombia).

The figures can be purchased directly from our webstore here:
http://www.orinoco-miniatures.com/
Posted by The Wilde Goose at 7:27 PM