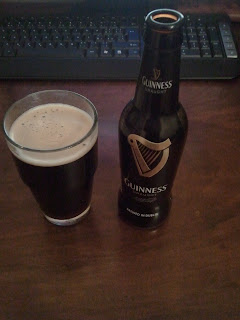 Just to wish you all a happy St. Patrick's Day. Now this a a great day for meeting up and having a pint or two and talk about home (if you are a member of the Irish diaspora such as myself). With a 1 year old to get to bed, thoughts of a Paddy's Day pint in the pub will have to wait for next year, though I did at least manage to sneak in a symbolic Guinness. 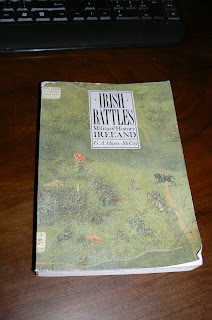 On the subject of things Irish, I also recently managed to pick up a copy of "Irish Battles: A Military History of Ireland" by G.A. Hayes-McCoy. I will in due course post up a review, but even from a quick read of some of the chapters it is clear that this is a first rate piece of work (the book is regarded as a classic on the development of warfare in Ireland). 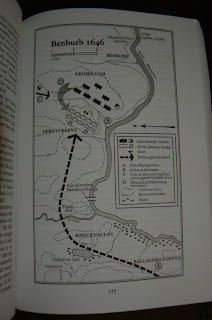 For example the chapter on the Battle of Benburb includes a lot of material I hadn't seen elsewhere, and certainly the best map of the battle. The book ranges from the Battle of Clontarf in 1014, through to the Battle of Arklow (1798), taking in some rather well know "bashes" such as Yellow Ford, Kinsale, Rathmines, The Boyne and Aughrim, plus several other lesser known battles. There are other missing battles which more recent research has provided fuller details on (such as the Battle of Clonmel when Cromwell's New Model Army suffered probably it's only defeat, or bloody stalemate if you feel generous). Very much looking forward to ploughing through this over the coming week, and seeing what inspiration I can find for a Confederate Wars scenario.
Posted by The Wilde Goose at 9:21 PM